Home » Blog » Who Banned Films And Pulled From Theatres ?

Who Banned Films And Pulled From Theatres ? 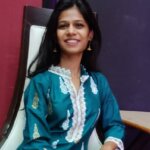 Facebook-f Twitter Instagram Linkedin Youtube
A film or movie is not just a fictional story it is also a reality check for society. People are exposed to all kinds of emotions in cinema within a short span of 2 to 3 hours. When a movie is released it has both negative and positive effects on society and inspires in many ways.

Censorship in India has always been a hot topic, with critics claiming that it is a heckler of freedom of speech and expression. Asking the director of a movie to delete a few scenes just interrupt the vision with which the movie was being made. Films have been banned and pulled from theatres and forcing directors to make the necessary and unnecessary cuts and revisions. Like some directors add a nude or love making scene to pull more crowd to the theatres but some time that scene have some sense in film .From popular movies like Udta Punjab, Padmaavat and Lipstick Under My Burkha and many films have faced censorship issues. CBFC is envisioned to put reasonable restrictions on the films that are not suitable for society.

The Central Board of Film Certification (CBFC). commonly known as the Censor Board. It is an important body that handles film certification in India. CBFC ensure healthy entertainment, recreation and education to society. The film is said to be the reflection of society but at the same time society is influenced by films. That’s why the film remains responsible and sensitive to the values and standards of society. CBFC also ensure that films do not contain scenes that justify activities such as violence, drinking, smoking or drug addiction, scenes that denigrate women, or scenes that show violence against children.

The CBFC was set up under the Ministry of Information and Broadcasting, regulating the public exhibition of films under the provisions of the Cinematograph Act, 1952.
And was established in Mumbai on January 15 1951. Initially with regional offices in Mumbai, Kolkata, Chennai, Bangalore, Thiruvananthapuram, Hyderabad, New Delhi, Cuttack and Guwahati. Earlier CBFC was known as The Central Board of Film censor. Later on June 1, 1983, it was changed to Central Board of Film Certification
The first chairman of CBFC was C.S Aggarwal (15-01-1951 to 14-06-1954) and The present chairman of CBFC is Prasoon Joshi.

At present films are certified under 4 categories

1.”अ/U” – Unrestricted Public Exhibition
A film that gets the U certificate does not contain any kind of pornographic content, violence and abuse etc. The theme of the movie is usually family-friendly. Viewers all age groups (including kids over 3 years) can view a U-certified film. Movie as Taare Zameen Par, Mission Mangal etc.,

3.”व/A” – Restricted to adults
The certificate is given to only those films which contain obscene or pornographic content. So these films can be seen by those who have crossed the age of 18 years.
Movies as the Dirty Picture, Ragini MMS etc.,

4.”वि/S” – Restricted to any special class of persons
These types of films are made for specific audiences such as Engineers, Scientists or Doctors etc.,

Any movie in India should first be certified by CBFC before the public can see it. The process of certifying a film and giving it a green signal for exhibition by the censor board takes 68 days. First the producer has to submit the application to one of the regional offices. Then, a committee is appointed who watch the movie and they give the suitable certificate for it. currently a certificate issued by the CBFC is valid only for 10 years. Neel Akasher Neechey was the first film ban by CBFC which directed by Mrinal Sen in 1958.

Now days People spend most of their time on OTT (over the top) platform (online streaming mediums) but why ? OTT platforms have also introduced freshness in storytelling in tried and tested genres. On October 2020, the Supreme Court of India issued a notice to the Centre which led to the notification issued by the Centre in November 2020 which brings the online content providers under the jurisdiction of the Ministry of Information and Broadcasting.

One question comes to our mind. Does OTT platform also need censor board ?