Q 1. Annie Besant was elected President of the Theosophical Society in

Explanation: Annie Besant had joined the Theosophical Society in 1889. She was a firm believer in the teachings of Vedas and Upanishads. She considered the Indian soil to be so liberating and enlightening at the same time that she took the nation as her own and made it her permanent abode.

Q 2. Who founded a weekly newspaper Commonweal in January 1914?

Explanation: Realising that a newspaper would help propagate her political thoughts, she founded a weekly newspaper in January 1914. In June 1914 she purchased an existing newspaper called ‘Madras Standard’ and renamed it ‘New India’.

Besant first visited India in 1893 and later settled there, becoming involved in the Indian nationalist movement. In 1916 she established the Indian Home Rule League, of which she became president. She was also a leading member of the Indian National Congress.

Explanation: Young India was a weekly paper or journal in English published by Mohandas Karamchand Gandhi from 1919 to 1931. Gandhi wrote various quotations in this journal that inspired many.

Mahatma Gandhi started the paper young India in order to spread his ideology and thoughts regarding use of nonviolence in organising movements against British.

Explanation: Mahatma Gandhi began publishing Harijan, a weekly newspaper, in English in 1933. It lasted until 1948. During this time, he also published Harijan Bandu in Gujarati, and Harijan Sevak in Hindi.

Q 6. The Leader was one of the most influential English-language newspapers in India during British Raj which was Founded by ………

Explanation: The Leader was one of the most influential English-language newspapers in India during British Raj. Founded by Madan Mohan Malviya, the paper was published in Allahabad.

Q 7. Bombay Chronicle was an English-language newspaper started in 1910 by ………….

Explanation: In 1910, Pherozeshah Mehta started The Bombay Chronicle, an English-language weekly newspaper, which became an important nationalist voice of its time, and an important chronicler of the political upheavals of a volatile pre-independent India. He served as a member of Bombay’s Municipal Corporation for six years.

Explanation: Conceived as the mouthpiece of India’s freedom movement, Mathrubhumi is one of the front-runners among the Malayalam newspapers. The first copy of Mathrubhumi was published on 18th of March 1923, the day before the first anniversary of Mahatma Gandhi’s arrest for the first time by the British police.

Q 9. The founder of ‘Mathrubhumi’, the Malayalam language newspaper was the renowned freedom fighter …………

Explanation: Mathrubhumi is a Malayalam newspaper that is published from Kerala, India. It was founded by K. P. Kesava Menon, an active volunteer in the Indian freedom struggle against the British.

Explanation: Gandhi’s autobiography, which he had titled ‘My experiments with Truth’ can be rated as one of the most popular and the most influential books in the recent history. It was written at the instance of Swami Anand. It appeared in the Weekly ‘Navjivan’ during 1925-28. It covers Gandhi’s life up to 1920. 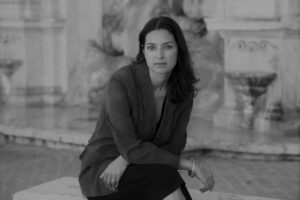